Cultivating Creativity: A Guide to the Arts in Spearfish

South Dakota is home to some of the most famous and recognized novels, films, TV shows, musicians, and works of art throughout time. Filmed in several cities around South Dakota, including a few right here in the Black Hills, Dances with Wolves remains one of the most highly acclaimed and awarded films in cinematic history. Prairie painter and book illustrator Harvey Dunn, whose many works are on display at the South Dakota Art Museum, was one of the most respected artists of his generation; historians claim the Manchester native as one of the early re-imaginers of the world of illustration. And South Dakota is also home to a number of lauded and influential writers, such as Allison Adelle Hedge Coke, Patrick P. Billingsley, and Ella Cara Deloria.

Last month, the South Dakota State Department of Tourism joined forces with the South Dakota Arts Council to launch the “State of Create” campaign. This campaign was designed with creators in mind. From classical ballerinas to culinary experts, from slam poets to potters, artists of all kinds are invited to South Dakota to draw inspiration and continue their artistic exploration.

According to creative nonfiction essayist and Black Hills State University professor Matt Bauman, “Spearfish has always been a quiet, little artsy town, but now its arts culture is really taking off. I think we all inspire each other in a way—the painters and writers and musicians and sculptors—we enjoy the synergy.”

Just this year, Spearfish has seen the community-guided creation of a town mural; the aesthetic revamping of the tunnel leading to Lookout Mountain; the organization of monthly Bellman Brown Bag events featuring lectures, readings, and musical performances; and, of course, a slew of fresh offerings at Matthews Opera House & Arts Center.

Kyler Flock, the community engagement manager at Matthews, said, “Our community welcomes art.” From businesses to political bodies to industry professionals to the artists themselves, Flock says Spearfish is a place where creativity is embraced, appreciated, and promoted. The annual Festival in the Park draws creators and visitors from coast to coast, and in 2020, the Matthews Subscription Series will feature six cultural concerts from across the nation, including Native American hip hop artist Supaman and the “masters of Hawaiian music,” George Kahumoko Jr & Nathan Aweau.

Also home to the Termesphere Gallery and the Black Box Theater, there’s no shortage of creative outlets to explore in our town. So whether you’re passing through for an afternoon or looking to stay for awhile, Spearfish welcomes you. 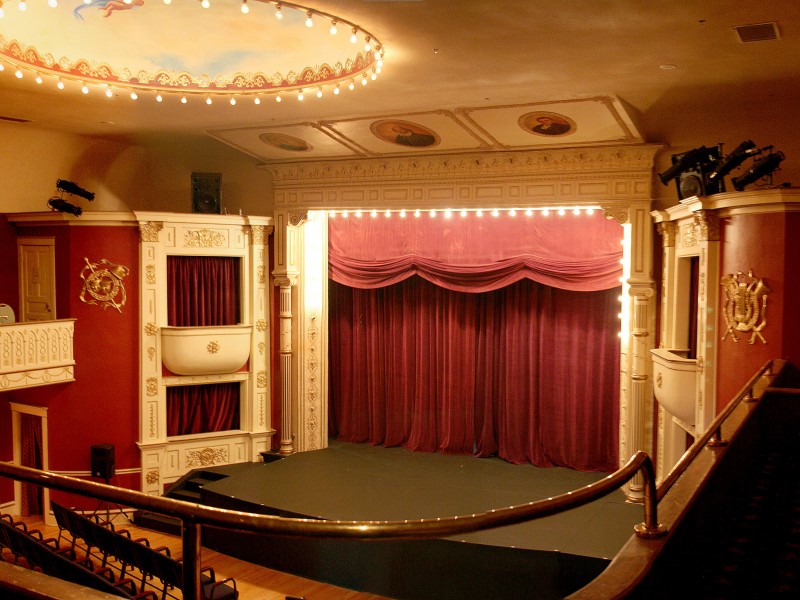 Discover more like this:
#spearfish #culture #creativity #black hills #art
You might like these too...
Spearfish is the Power of Travel
by Visit Spearfish | April 29, 2021
Spearfish Coffee Crawl
by Kyler Flock | October 19, 2022
Road Trip to Spearfish
by Jackie Robles | May 26, 2021
Snow Conditions
NOW Discover
Local
Events
Food &
Drink
Places
to Stay
visitspearfish
Follow Us on Instagram
Follow Us