The Thoen Stone, a Spearfish Legend

Discovered on Lookout Mountain in 1887 by Louis Thoen, the Thoen Stone is a relic of Spearfish’s history, and lore.

The Thoen Stone, a sandstone slab, recounts the story of Ezra Kind and party, who traveled to the Black Hills in search of gold and were killed by Native Americans. The discovery of the stone called into questions the first discovery of gold mining in the Black Hills as the slab is dated 1834 – 40 years before the Custer Expedition of 1874 and the subsequent Black Hills Gold Rush. 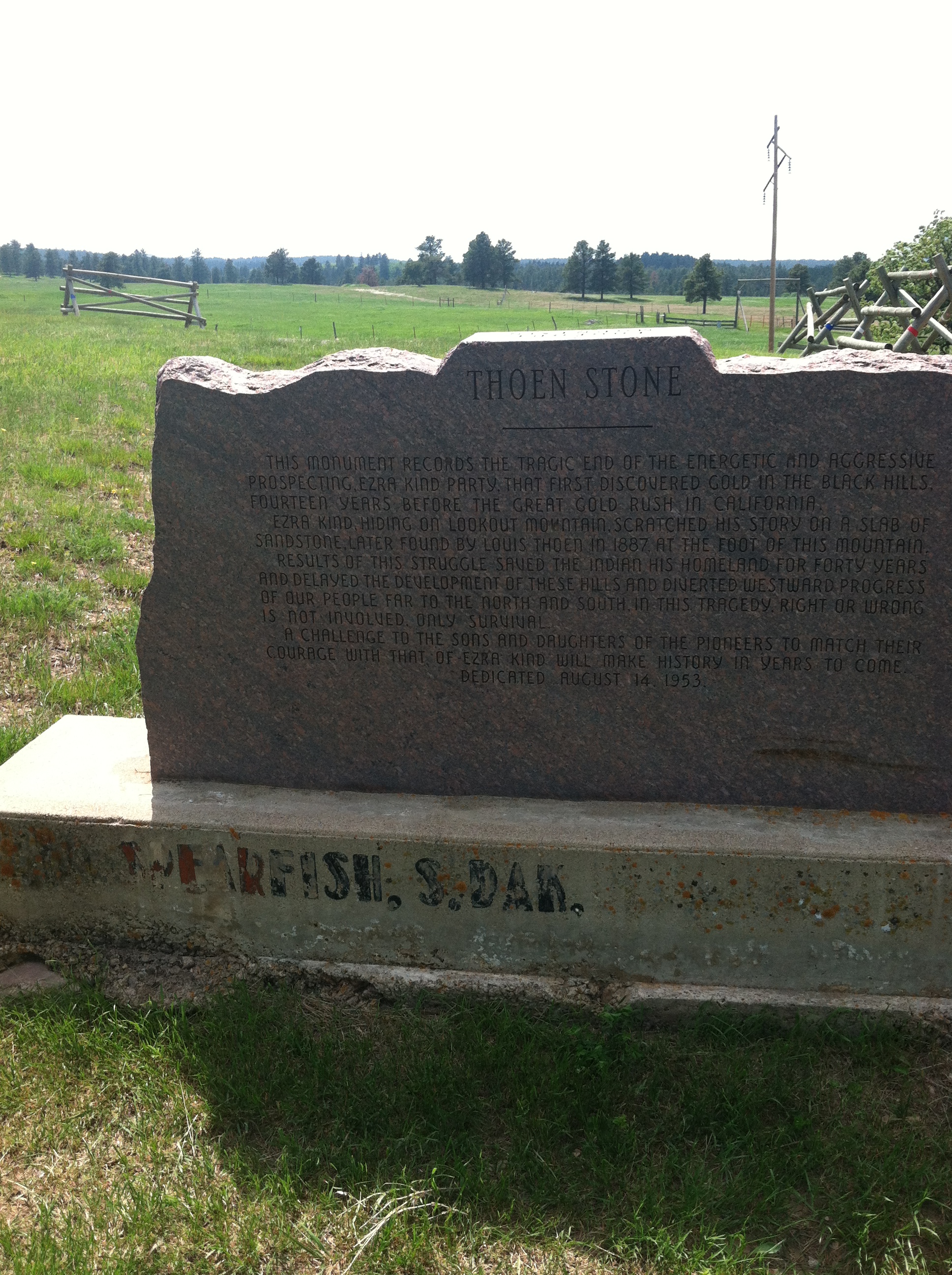 The validity of the stone has long been disputed by locals and historians alike, but one thing is for certain, the Thoen Stone will continue to remain as a relic of Spearfish lore for decades to come.

Today, a monument sits at the end of St. Joe Street in Spearfish and the original slab can be found on display at the Adams Museum in Deadwood.

​The Thoen Stone is a sandstone slab that was discovered on Lookout Mountain in 1887 by Louis Thoen and plays into the folklore of Spearfish and it’s history. Explore this More
Discover more like this:
#spearfish #sandstone #monument #history #expedition #discovery #custer
You might like these too...
Spearfish is the Power of Travel
by Visit Spearfish | April 29, 2021
Living History- A Tour into the D...
by Kyler Flock | August 9, 2022
Celebrate May Day!
by Jackie Robles | April 29, 2021
Snow Conditions
NOW Discover
Local
Events
Food &
Drink
Places
to Stay
visitspearfish
Follow Us on Instagram
Follow Us