What’s in a name?

When you come to Spearfish you might hear a few other names for this beautiful town. Business will have “Queen City” of the side of the building, or you might even here someone say, “I live in Spear.” One thing some can’t agree on is how Spearfish got its name.

People say there are two sides to every story and Spearfish is no exception. Many believed that the name started from the Native American people. These people would take spears to the river (now Spearfish Creek) and fish. Spearfish Creek was vital to life, not only did it provide food to eat, but it is also one of the only creeks that freezes from the bottom up, providing easy access to water year round.

The second side of the story is fairly simple. When the gold rush hit the Black Hills in 1833, people began to flock in search of riches. While they spent their time in the hills, they still needed to feed themselves and their men. Spearfish Creek provided a perfect spot for spearfishing. 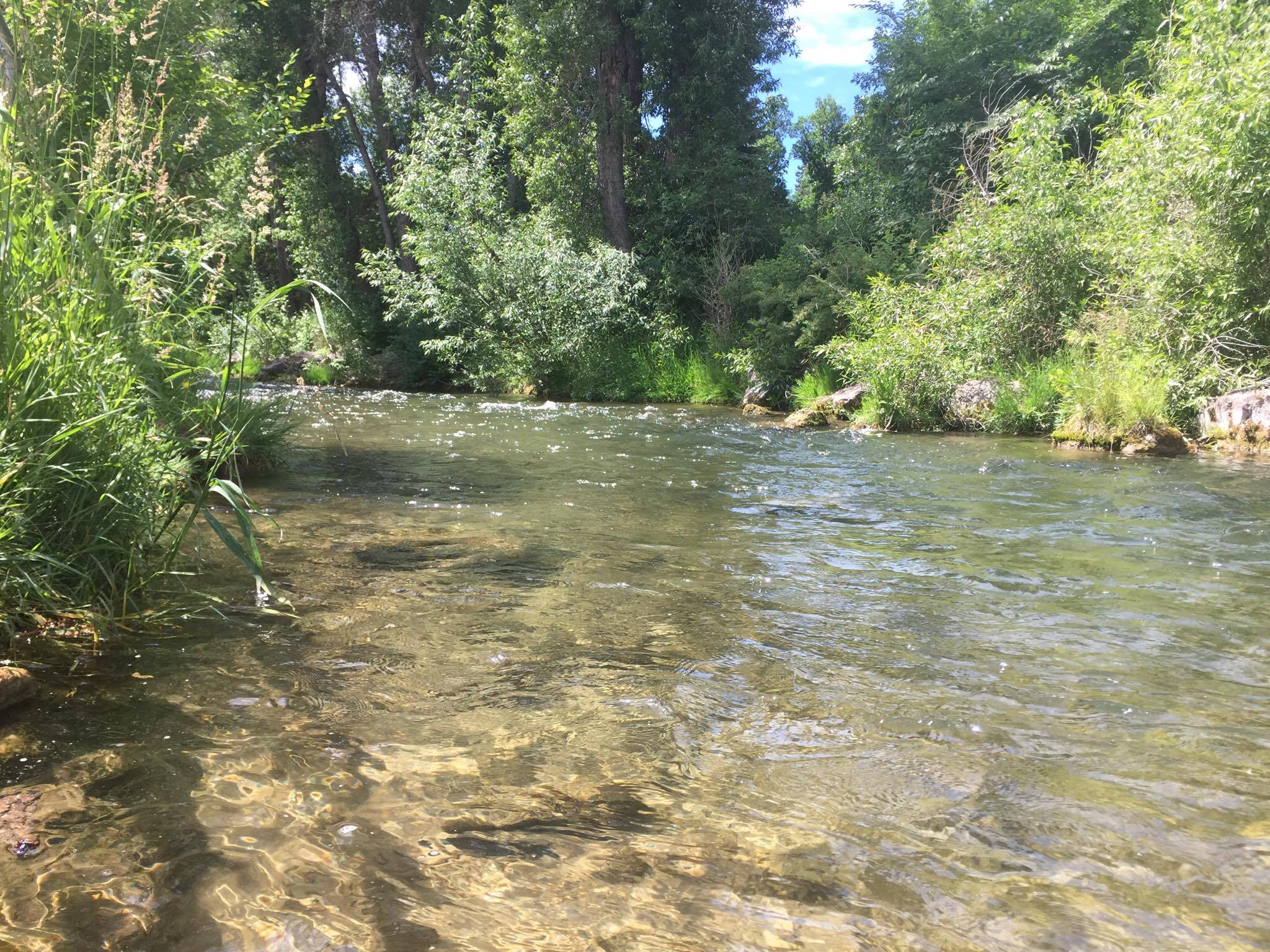 Each story has the same theme “Spearfish Creek provided an opportunity to fish” but they differ over the details.

The Queen City is also a phrase talked about within the city limits of Spearfish. When you picture a queen’s tiara, what do you envision? A few elegant points, with an opening in the back? Well, that is why Spearfish was crowned the name the Queen City.

Spearfish is surrounded by towering peaks with an opening to the north that create the illusion of a queen’s tiara. To the south we have Spearfish Mountain, butting up to both the City of Spearfish and Spearfish Canyon.

To the east, Lookout Mountain, a favorite spot for a quick hike to get the best overview of Spearfish. Every morning you’re in Spearfish, take some time to look at the sun rising over Lookout Mountain.

The last point in the tiara of Spearfish is Crow Peak. When you look towards the west you will see Crow Peak standing alone on the boarder of South Dakota and Wyoming. Looking towards Crow Peak gives you the best sunsets around. (Particularly if you sit on the balcony of Crow Peak Brewing Company.)

The three peaks give Spearfish plenty of gorgeous views as well as great opportunities to hike and become one with nature! Plan your trip to Spearfish and see for yourself!