The Phantom of the Matthews Opera House 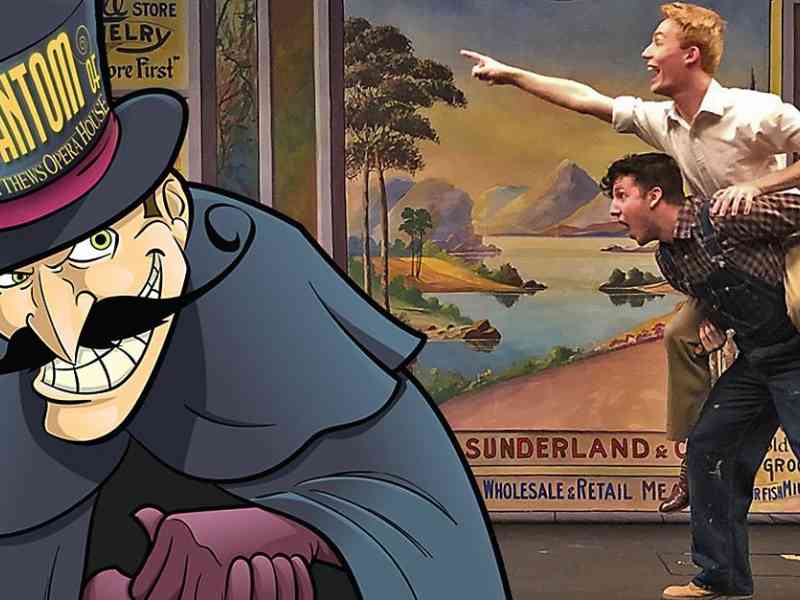 Performed every Monday, Tuesday and Wednesday night at 7:30 P.M

This original melodrama first appeared at The Matthews in 1976 and became a summer theater staple for locals and visitors alike throughout the 80s and 90s.

In a joint effort between The Matthews and the BHSU Theater department, "The Phantom of The Matthews Opera House" is back on The Matthew's stage for the month of July, performed every Monday, Tuesday and Wednesday night at 7:30 P.M.

Under the direction of BHSU Theater Professor Bert Juhrend, the performances are staged in the beautifully restored 112-year-old Matthews Opera House, one of the West's oldest and most beloved venues.

We invite you to step into history, take a seat, and settle in for some great laughs and villainous hijinks.