November 11th is a day in which Americans will commemorate the brave men and women who have protected the freedoms of this country and in Spearfish. The Veterans Monument is a physical gesture of appreciation for all of those who have served or are serving in the military, specifically those from the Spearfish Community. 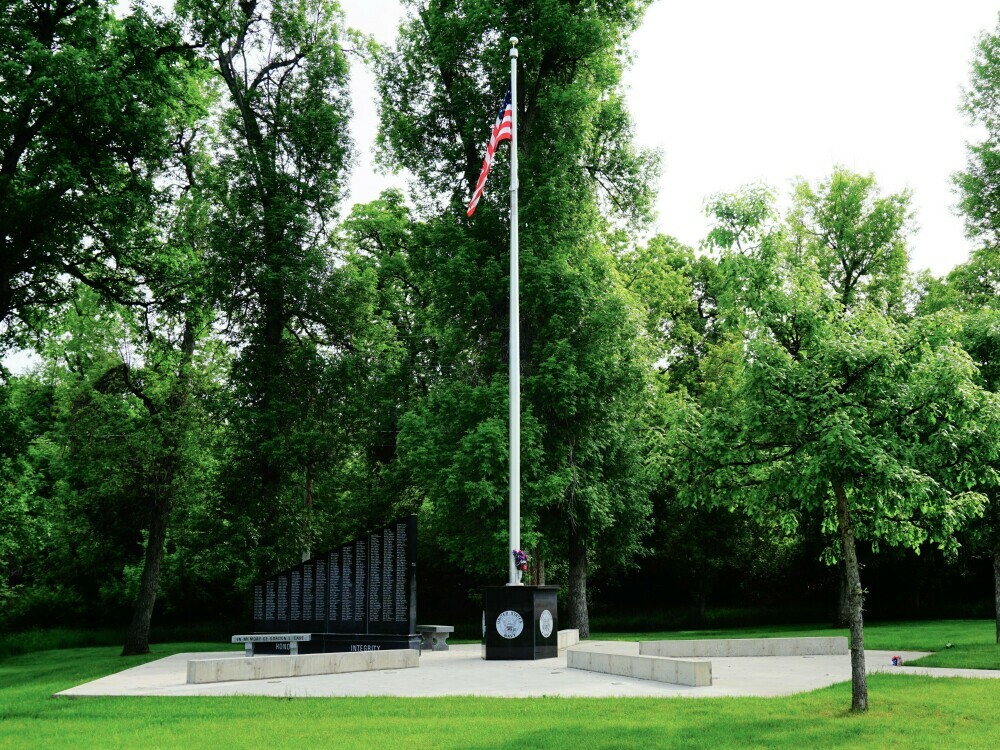 In 2010, a man by the name of Ben Jones stressed the importance and need of having a Veterans Monument. After talking to the American Legion Post 164 and Queen City VFW, Jones formed a joint committee. This committee solicited input from city planners, other veterans, construction/architectural professionals, and then soon designed a living monument to honor all the men and women who have lived in Spearfish for at least one year and have completed their term of service or have been honorably discharged. After years of envisioning this idea, and the hours of hard work—the first wall of the monument was unveiled on December 6th, 2015. Shortly after, Doug Henwood, director of the Spearfish Veterans Monument board, took over the Spearfish Veterans Monument project. Henwood notes that the monument is not in alphabetical order on purpose. When those looking for a name at the monument, they really look and see who in Spearfish has served.

The monument was created to honor those that have served, continue to serve and volunteer in the Spearfish community. To continue the tribute to these men and women of Spearfish, the following events will take place this year on Veterans Day:

The Spearfish Veterans Monument is built solely on fundraisers and donations. Any help is greatly appreciated.