Spearfish is a vibrant community that has always represented the arts well. One way that Spearfish likes to show off its love of the arts is through the colorful murals that cover the town. Each mural in Spearfish tells a story about the community and this is your go-to guide to find every mural and see the sights for yourself.

"Layers of Spearfish" can be found in the public parking lot on Jackson Blvd. attached to the Black Hills Salt Cave. This mural was created on the campus of Black Hills State Universtiy in one of the first mural courses offered on campus. Art professor Desy Schoenewies lead the team that designed and installed this massive mural and her testimony can be heard below;

"As artists from Black Hills State University, we wanted to design a mural that utilized the diverse natural beauty of Spearfish. Rather than depicting one specific place or point in time, our mural blends seasons and locations with objects and symbols to represent the various layers of Spearfish. Each component is meaningful to our region, although the significance of a particular element may differ from person to person.

Just as each layer of nature is essential to the Black Hills of South Dakota, each community member is necessary to the city of Spearfish. Every layer — from the grounding river rock, to the blooming echinacea, the changing of the seasons, and up the rigid peaks in canyon cliffs — makes the Black Hills remarkable. By representing various aspects of Spearfish through many layers, we hope this mural will evoke memories and associations of life in the Black Hills.

Lastly, we desired a symbol to tie it all together, to represent the humanity in us all; the ascending white buffalo does just this. In Lakota culture, the white buffalo represents abundance and serves as an omen of change — of good times to come. According to legend, the White Buffalo Calf Woman brought the Seven Sacred Rites to the Lakota, which focus on the health and healing of individuals and the community. The values include: respect, compassion, honesty, generosity, caring, humility, and wisdom. The White Buffalo Calf Woman explained that we are all connected and important to the universe. She brought meaning to life; she brought hope. As the White Buffalo Calf Woman ascended into the heavens, she changed into four different colors: black, red, yellow, and finally, a white buffalo. Additionally, black, red, yellow, and white are the colors of the Medicine Wheel and represent the four seasons, the four directions, and the four colors of mankind.

After consulting the American Indian Studies Department at Black Hills State University, we felt the white buffalo remains an important and relevant symbol to our entire community." 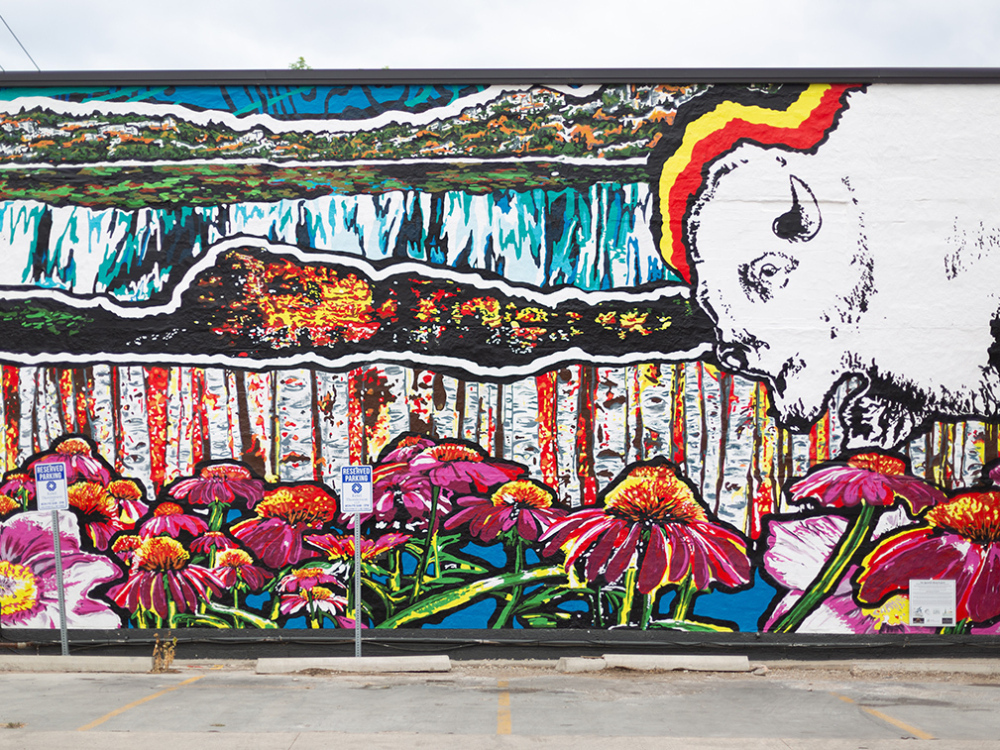 The American Dipper is a spacious, yet defined, mural that was completed by a number of different groups who came together to see this work of art breathe life. You can find the American Dipper under the Hillsview Bridge along Spearfish Creek and the Rec Path.

Artists Jeremy Smith and Trish Jenkins stated, "The mural is the product of the time, talents, and care of the BHSU mural class and art students, several students from Spearfish High School, Spearfish community members, and a few enthusiastic birder friends. The project was made possible by the generous support of the Spearfish Parks and Recreation Department and with the approval of the Spearfish Parks, Recreation, and Forestry Advisory Board. The mural features, in six-foot-tall glory, an American Dipper. She’s a stunner. This is one part of a two-wall project, to be completed next spring, a celebration of our wonderous, precious creek, and the diversity of species that also call this place home.

A little ditty on the dipper: the American Dipper (Cinclus mexicanus) is an unobtrusive, joyous, extremely endearing aquatic songbird of clear fast-moving mountain streams. These birds are bluish-grey-black and about as big as a robin, round like a pebble, and have a wren-like tail. Dippers stand on stream-side rocks and bob and dip in a distinctive rhythmic, stand-still dance. They build their woven mossy, bark-bits and watery-plant-parts nests close to their stream habitat, often on vertical cliff ledges, behind waterfalls, and under bridges. The northern Black Hills are the easternmost extent of the Dipper’s range with the next closest population 200 km away in the Wyoming Bighorns." 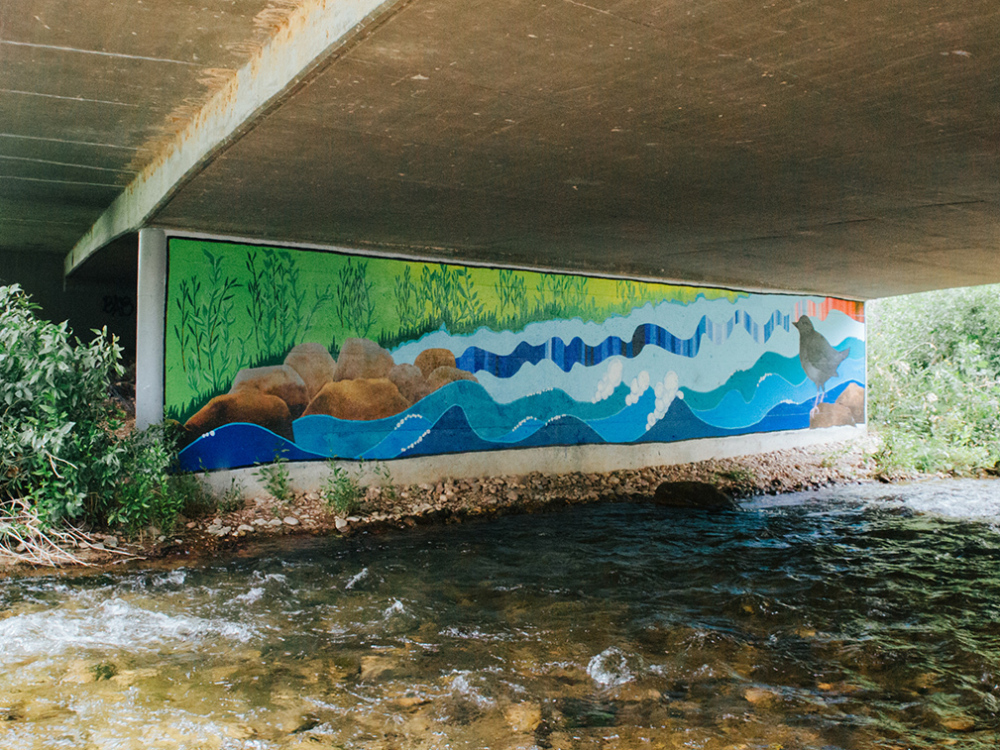 Club member and lead artist Stephanie Denoma stated, "When the mural team and I presented ideas for this project, there was much discussion on the recreational activities of Spearfish. Another design idea was based around Spearfish Canyon represented as an abstract design of lines and shapes. As the lead on the team, I essentially combined everyone’s ideas in a design that I call Shaping the World. The title comes from the idea that students attending Black Hills State University will soon be responsible for shaping the future of the world around them. Shaping the World features a more abstract approach to the nature that everyone sees around Spearfish. There are many parallel lines that create peaks that resemble the hills and large arcs that mimic the sun and its shadow. The curved lines that lead towards the base of the peaks represent the different paths that a person can take towards a destination. Overall, the mural is a bright, bold, basic concept that adds bright color to the space.  While Shaping the World is seemingly done, it’s not. This mural is a great base for Black Hills State University artists to expand on in the future. No mural should be created with the idea that it will last forever. The mural that is in the cafeteria of the student union will be no different. Artists will continue to add and change the design to keep the mural interesting and alive. As time changes, so too does art. 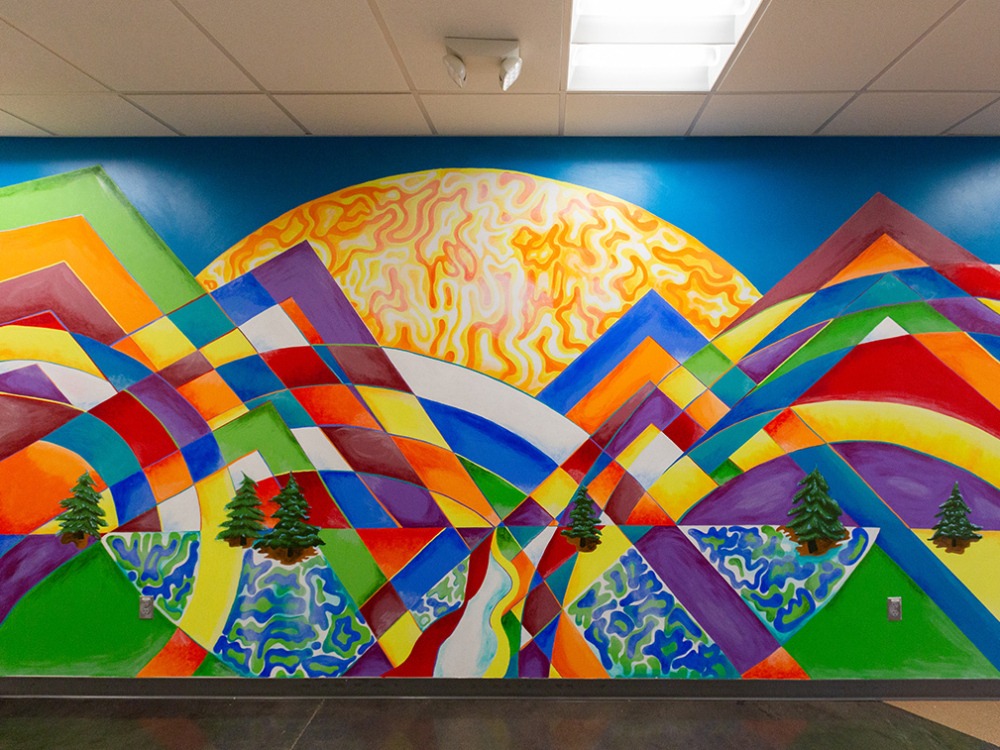 Located inside the Spearfish Rec Center, the You Matter Mural, is the result of an extremely collaborative process that has resulted in hundreds of personal mini-murals coming together for one grand mural with a message of kindness.

Lead desinger and artist Taylor Lage stated that, "The You Matter Mural was a project inspired by a scholarship given at BHSU. I was determined to create something sustainable for the community while incorporating creative expression. With lots of time and consideration going into the first addition, I thought, 'How can I be even more inclusive to make an even greater impact? Another mural of course'! That is where the 'You Matter' came from. No matter who you are or what your walk of life you come from, the Spearfish community shows unity for all, displayed here in colorful canvases."

Go check this collaborative process and see how many designs you can spot. 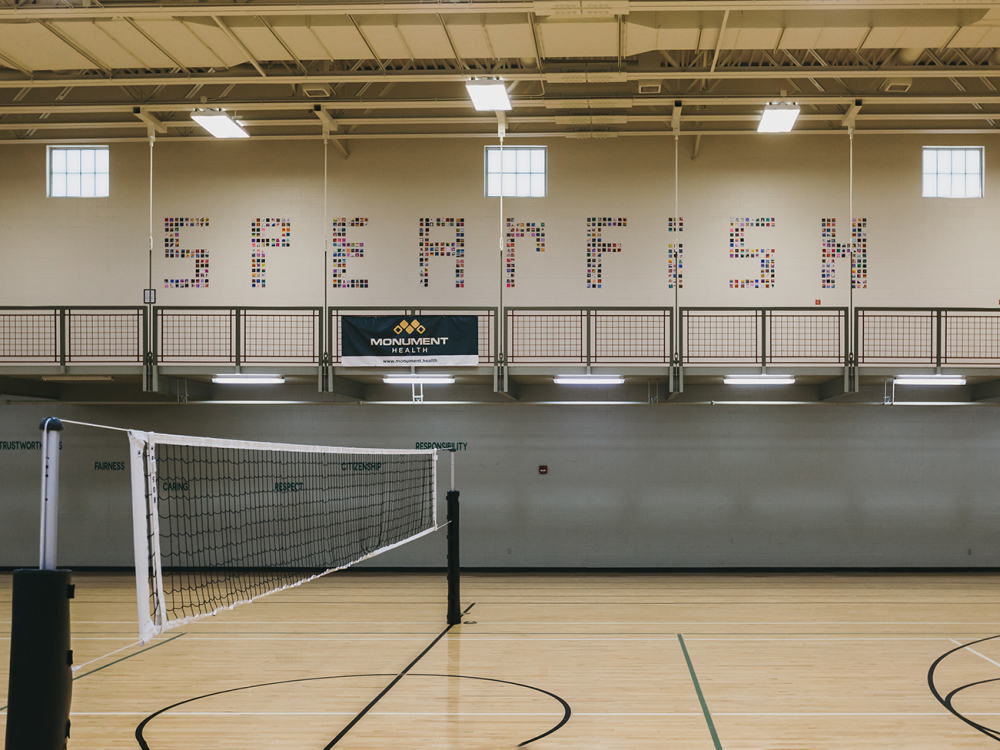 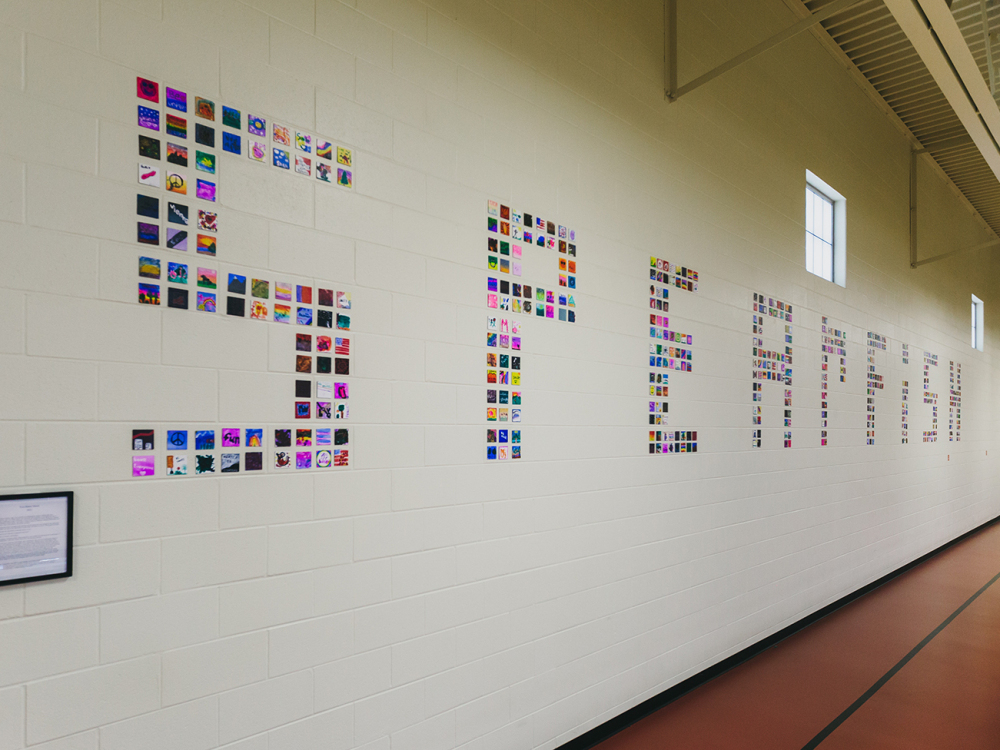 One of the most unique mural locations in Spearfish is at the Lookout Mountain tunnel leading tot he Lookout Mountain Trailhead that takes you under Interstate-90. The tunnel itself is interesting, but when you decorate this subterranean trail with individual style murals, the artistic light really shines.

Lead designer and esteemed art professor at Black Hills State, Desy Schoenewies took a different approuch to this mural. Instead of focusing on one major design, she chose to make this project more individal and spread the creativity to her classrooms. Each art club member was assigned a certain section of the tunnel to be completed with their own designs and ideas. The best part is that this tunnel is ever-changing as new students enter and leave the art program. You truly never know what kind of intricate designs and themes you may find down there. 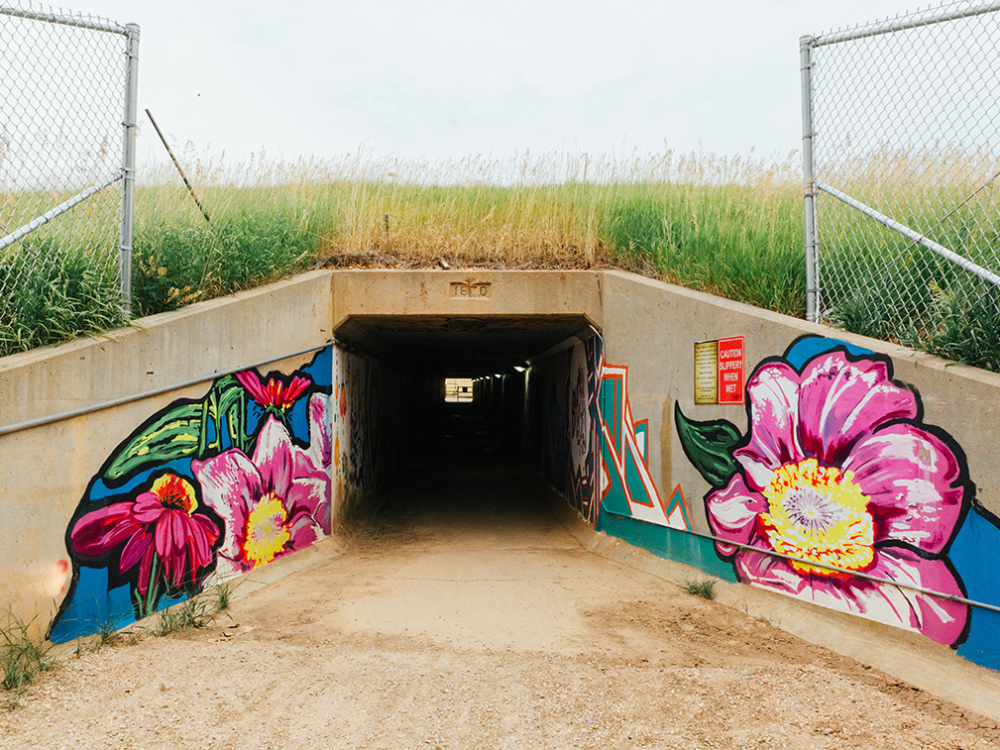 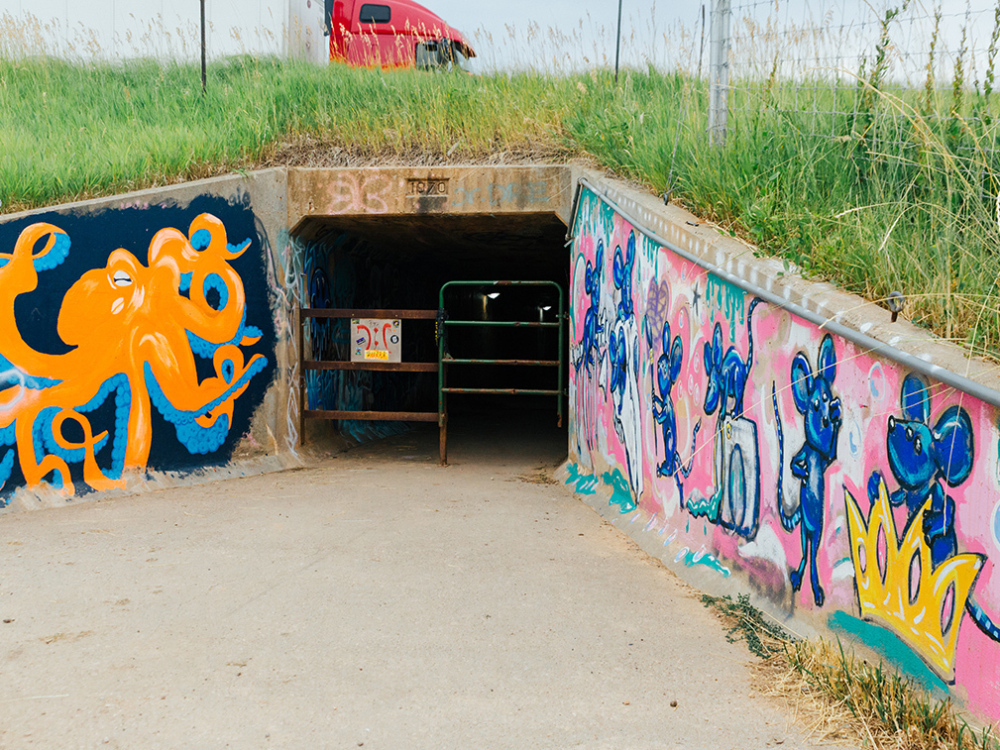 Cultivating Creativity: A Guide to the Arts in Spearfish

Spearfish is one of the best places in South Dakota to create and explore the arts. Home to Matthews Opera House & Arts Center, the Termesphere Gallery, and the Black Box Theater, there’s no shortage of creative outlets to explore in our town. 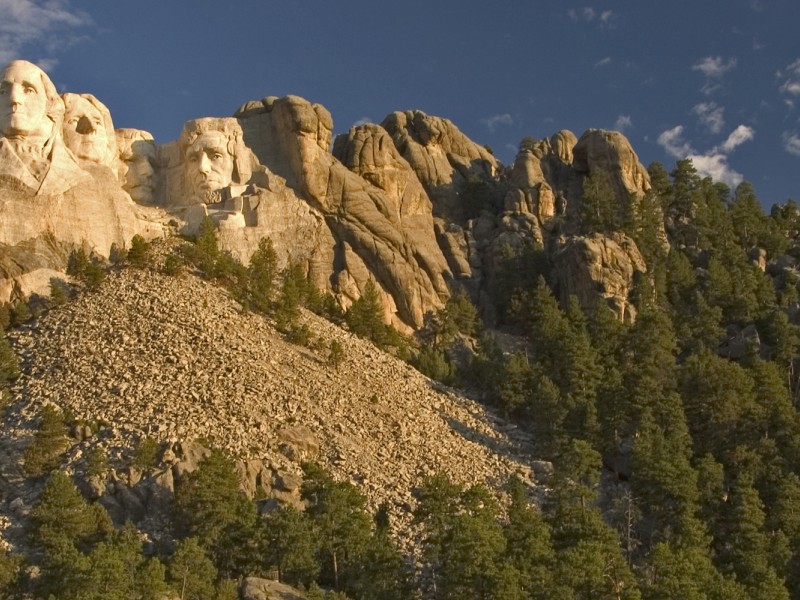 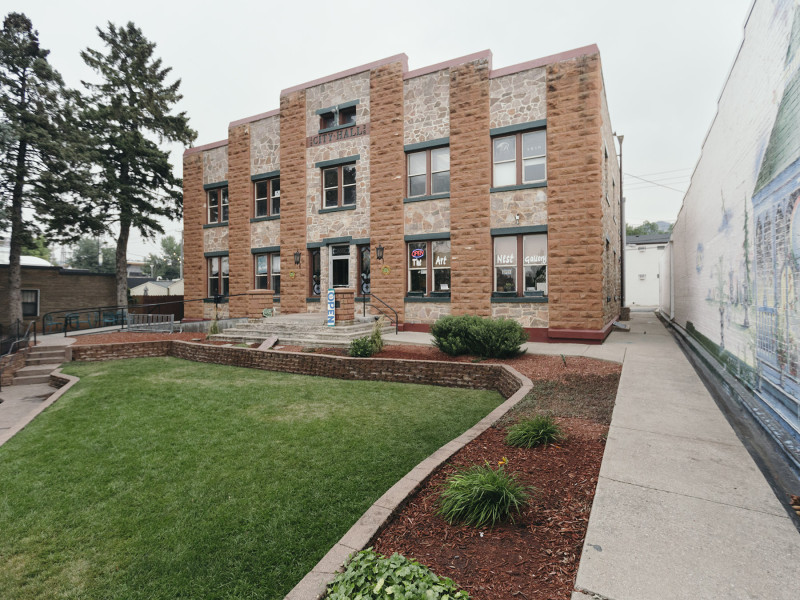